Janet Sang is an artist-printmaker based in Brighton working through intaglio methods and screenprinting. Since 2016 she has made prints at Volcanic Editions, under the guidance of Ian Brown. Her work embodies layers of ideas, and is driven by an engagement with social injustice and inequality. She constructs allegorical settings, often anchored in specific events or places. She uses autographic and digitally-mediated imagery, combining them through radical juxtaposition, cryptic clues and metaphor.

The two prints entered here are part of a series inspired by Brighton Workhouse. The buildings of the former Workhouse (1864) are visible from my bedroom window on a hilltop overlooking the town, from where they and the Poor Law under which they were regulated cast a long shadow.

Un-picking the Future
In this composition I push the projected plan for a new health “hub” on the site of the former Brighton Workhouse, up against two cropped images taken from a photograph of women picking oakum*. This painful and repetitive labour involved unravelling old rope to produce piles of fibres, later mixed with tar to caulk the gaps between planking in wooden ships. My three-plate polymer etching is one of a number of explorations of the collision of historical imagery and imaginings of the future.
* Copyright material from the Ramsay MacDonald papers is reproduced by permission of the granddaughter of the late Malcolm MacDonald.

Drastic Measures
The language used to describe and judge the poor and the unemployed in different eras is assembled together in this three-plate polymer etching. A newspaper report from a local newspaper in 1909 and a detail from the minutes of the Workhouse Guardians contrast with a more recent “decision letter” from the Department of Work and Pensions, but my print invites a comparison of their recurrent ideologies. 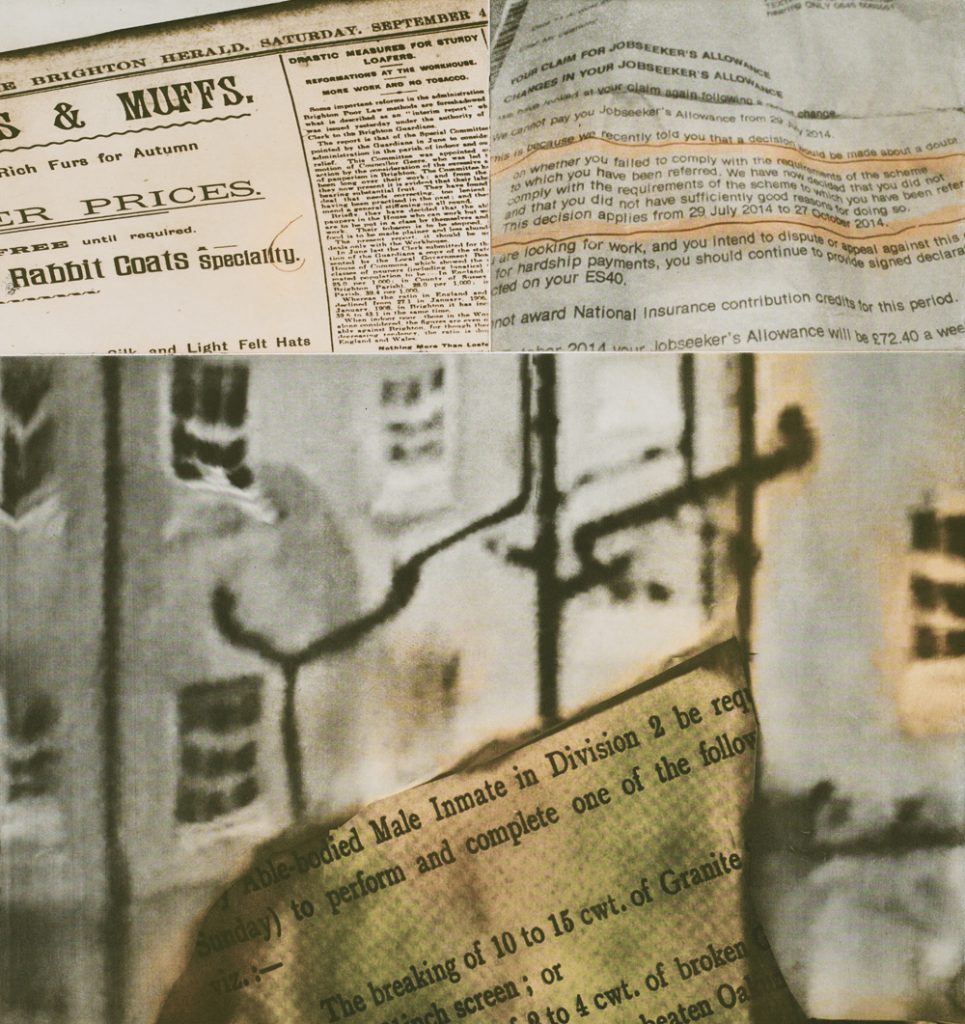 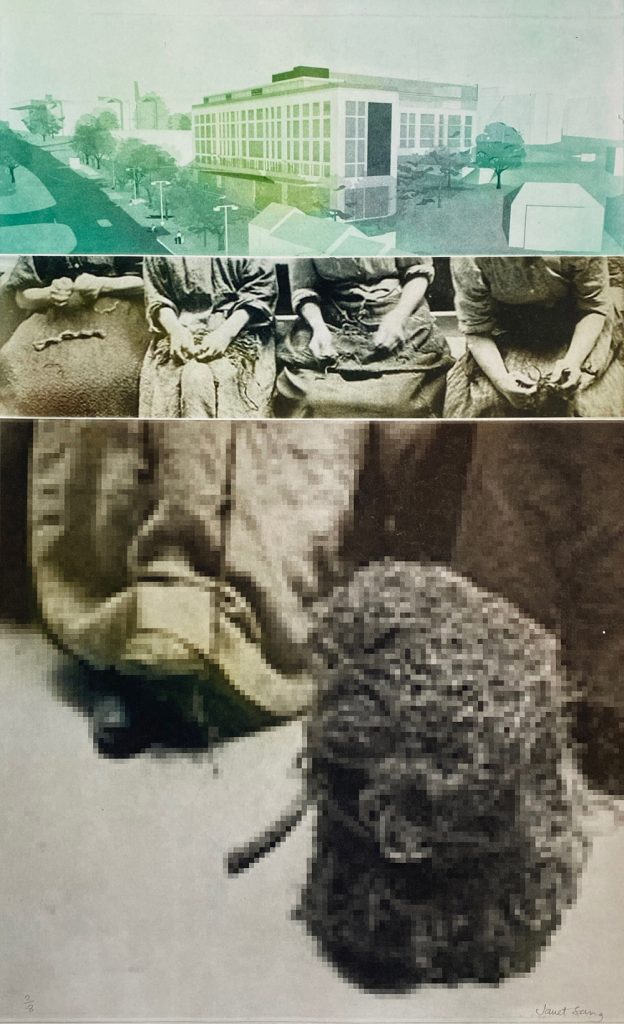