Since the early 1990s I have continued to make two-dimensional works that I describe broadly as an exploration of issues related to spatiality and dark/light. One specific concern with space has been an ongoing consideration of what is often referred to as negative space (as opposed to positive space) which many oriental artists and designers refer to as ‘Ma’.

For them this space has been a long held essential element in painting and garden design and roughly translates as a gap, pause or space in a painting – like an interval between musical notes. Linked to ‘form’ and ‘ground’ has been a concern with flatness and illusion and how, in a non-figurative way, it could sometimes hover between, and thus leave unclear what is figure and what is ground. My method for exploring all these concerns has been to make work consisting of uncomplicated arrangements of rectilinear geometric shapes, some darker than others.

I have continued to make prints, primarily etching, since I first attended art school. One aspect of this medium that enchanted me was that it offered the opportunity of creating a rich dialectic exchange between light and dark. I also have a preference for a monochromatic colour scheme as it consists of one single uniting hue, but potentially with various brightnesses. My intention throughout my mature practice has been to encourage the viewer to ‘see’ something themselves that I have not prescribed; ‘a space open to becoming’, an equivocal or ambiguous space, both within and beyond, and, where what is seen transcends objectness. In essence an abstract field that reflects structures within the objective world, but which exists outside and/or beyond it. 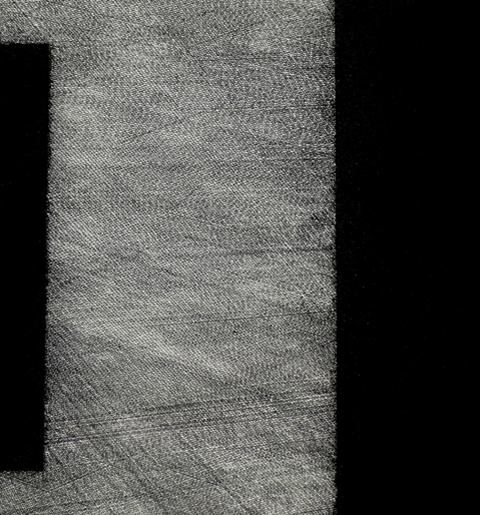 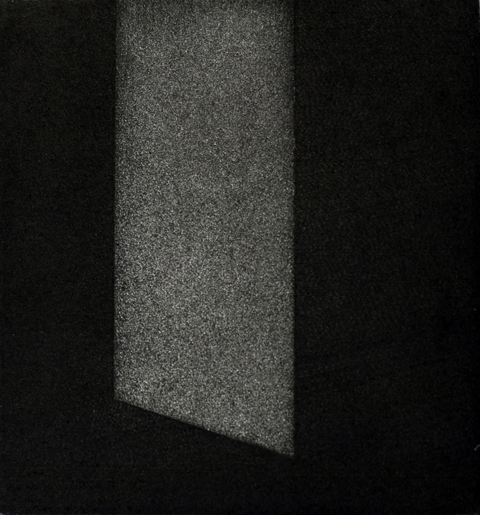