I began my degree slightly later at the age of 26 in Staffordshire, Fine Art BA (Hons), directly followed by the Slade, Printmaking (HDFA). I then continued with my work from a studio in the East End of London for a further five years, exhibiting and lecturing. I then became a Mother, studied for a PGCE and thus began my teaching career. This lasted ten years followed by fourteen years as a Pilates Teacher. My work had always been figurative, after a fashion, so a reasonable fit. I use to think time was linear, things happen in a certain order and then 2020 happened.

The reason for my PGCE died suddenly during lockdown at the age of 24. The need to create was/is overwhelming, to return to the thing I love but through changed eyes. I created a body of work collectively entitled ‘A Covid Grief’, consisting of nineteen black and white Wood and Linocuts. Since then I have continued to work from my home studio, also know as the kitchen. At present I am working predominantly in relief, mainly woodcuts but I have also worked in drypoint. I think of it as a savage medium, which I find, suits my work. I like to be physical; l like a fight with an unyielding surface. I love the process but I also like to tell a story.

I tend to use self-portraiture as my starting point always working within a theme. The drawing changes as it is transferred to the surface, then changes again as I cut/gouge and interfere. The finished image often doesn’t resemble my start position. I like to play with perspective enlarging the important bits.
Humour is also vital to me, albeit of the gallows variety and I like to show this in the titles I give my work. My influences are many – The work of the Expressionists for example but also music, stories, childhood memories and the way we interact with each other, the relationships we form, basically how we choose to live out our lives. 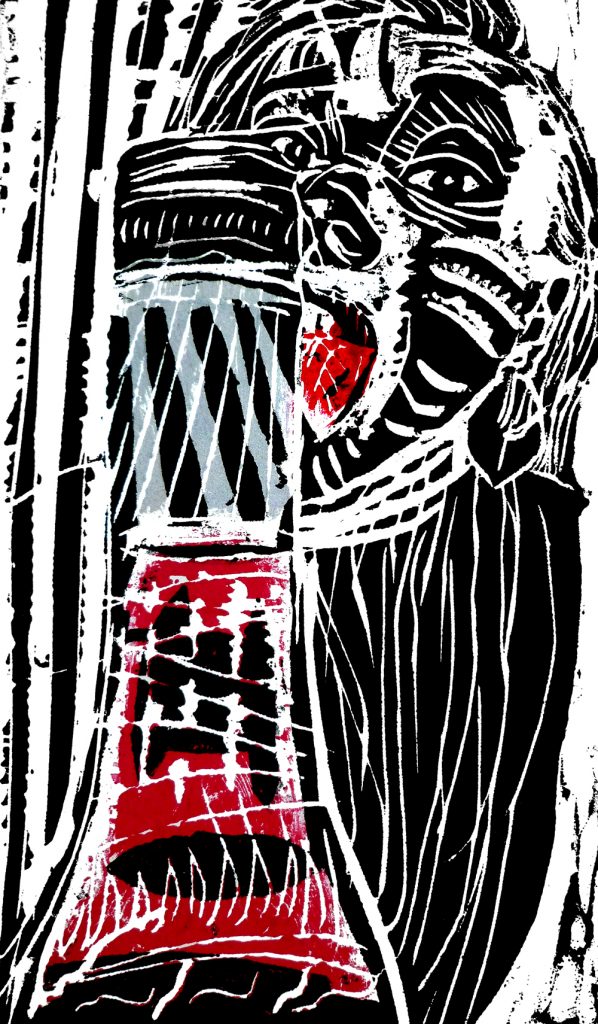 I Could Lick You All Over With My Red Tongue 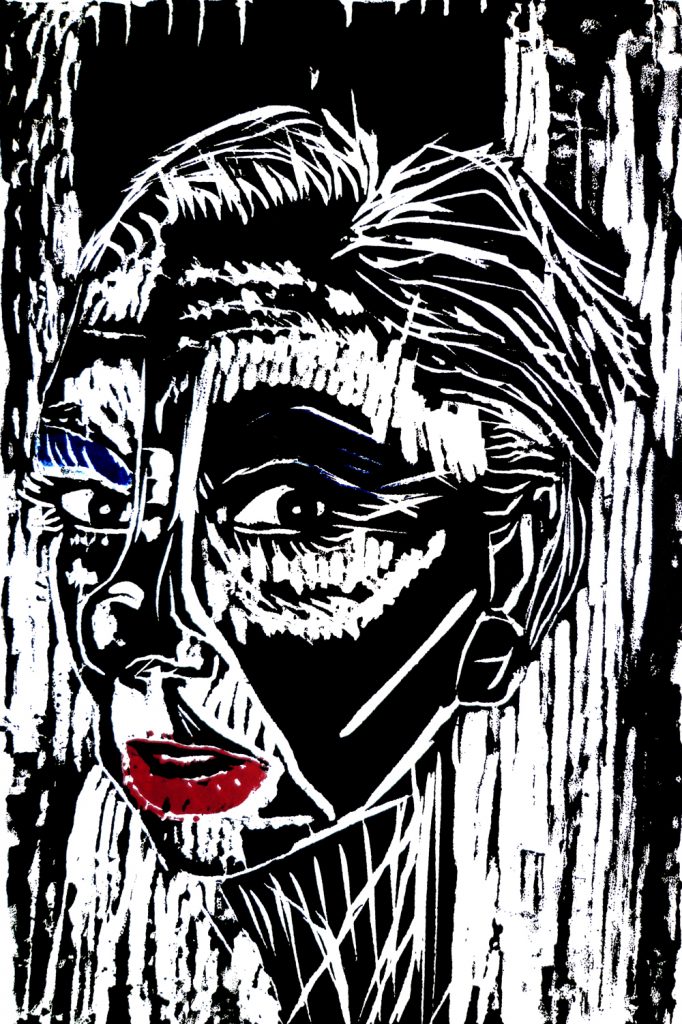 Read my Lips With Make Up