Emily Grimstead is currently a student studying a BA in Fine Art at DeMontfort University, Leicester. At present she is fulfilling her second year of university, specialising her practice within traditional printmaking methods of screen printing and etching. In her final year she intends to resolve an autobiographical representation without explicitly being autobiographical, using symbolism to articulate a narrative which playfully connotes a rite of passage. The body of work explores an autobiographical narrative series of the life of two girls – possibly sisters – possibly two alternating selves – caught between nurture and nature. Each drawing translated into an account of adolescent memoirs, encapsulating a notion of comfort within the un-comfortable. An impish documentation of soft arcadian children, juxtaposed with the truth of their narratives. Each print administers a reflective consciousness.

The work adopts the French poet Antonin Artaud’s language of “cruelty” to evoke her self-described “loss of tongue” from infancy. Placing fragments of her childhood alongside female figures derived from a vast range of sourced personal photographs, the work probes at the relationship between the language of autonomy and origin. There is an underlying fundamental connection between a confronted oppression and inequality. The prints challenge the aesthetic orthodoxies of religion, and the allegoric use of children to exploit their ‘innocence’.

Drawing upon archetypal representations of the artist herself and illustrating these conventions against the feral essence of her self-soothed roots, the work depicts the self-governed children that wear their food because convention says they couldn’t. Through the exploitation of youth and how each print connotes a passage of the bible, represents how each articulated child carries an unresolved idiom of sin. Yet dependent on the assimilation of the viewer – the gospel of the child can be sung through becoming the child and children themselves. Therefore, endeavouring the truth of anarchy symbolised, as she is freely constituted without authority. A re-appropriation of child etiquette is informed by ‘The Sacrament of the Last Supper’, an oil painting by Salvador Dalí (1904-89) in an attempt to reframe history itself from a perspective that appropriates children as the ‘protagonist’. The Last Supper is primarily about the power of the spoken word. Religion has taken a foundational role within reconfiguration and guidance, an act of clemency. The sacrament of ‘The Last Supper’ manifests in the children or did they offer themselves to Christ? A supper that invited two girls to break bread. An armistice formed between their softened hands of palmed porcelain. A truce that laid the table for no unspoken feud but seated for the girls with empty plates. Their fingertips transpose and form edible cutlery in which they soothed their hunger, parenting the chiffon sleeves of judgment taste. These girls look not with eyes, but with unrequited minds and wings of a seraph child that painted blind. 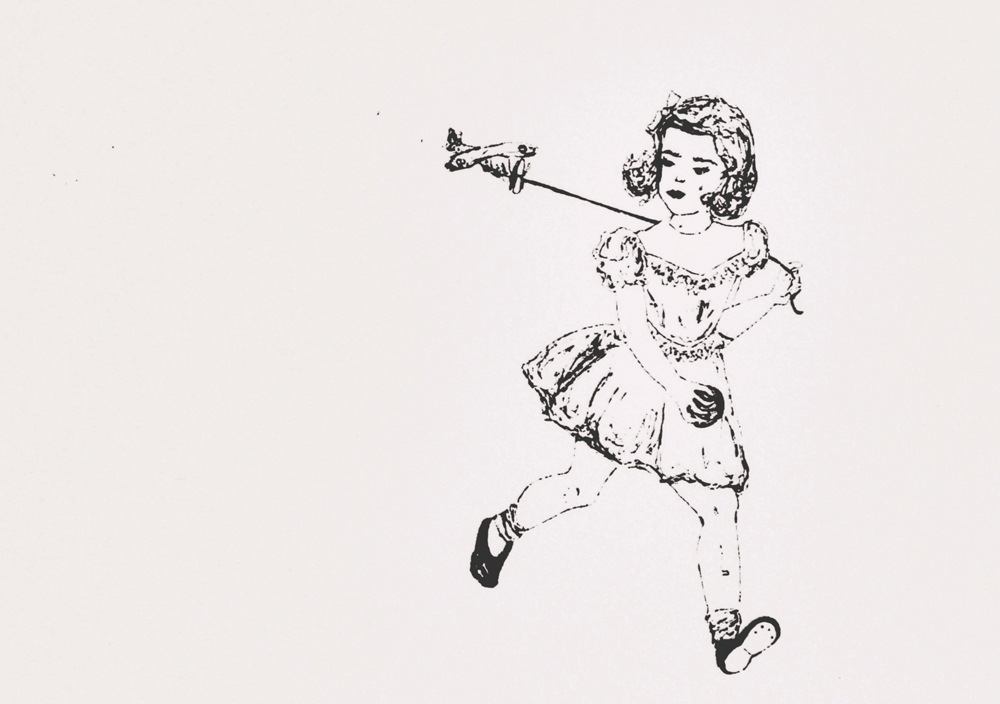 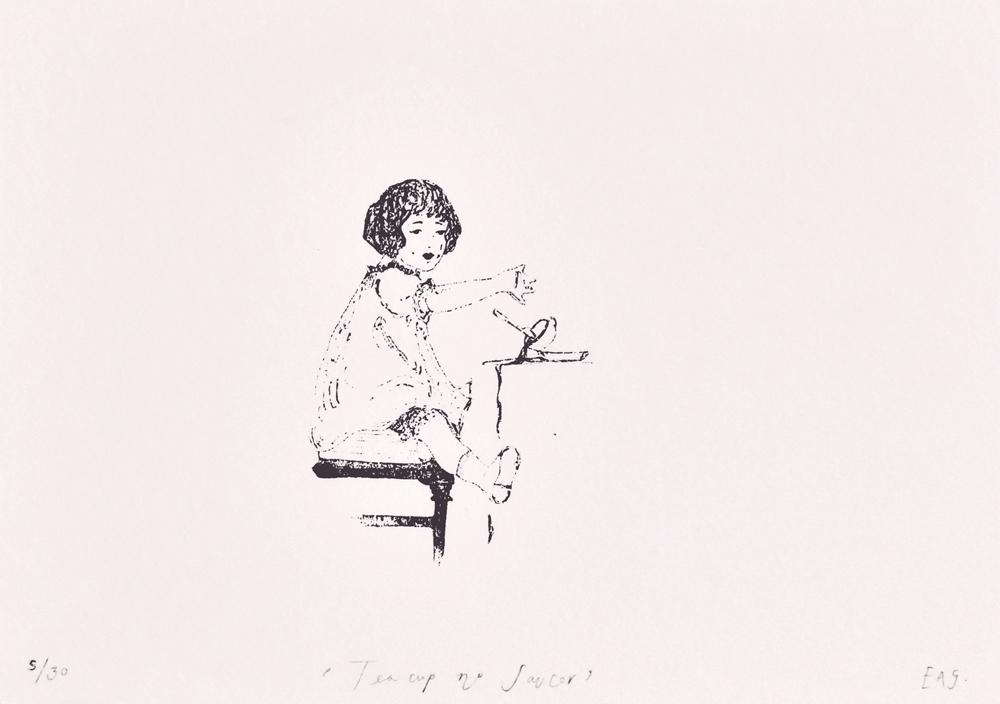 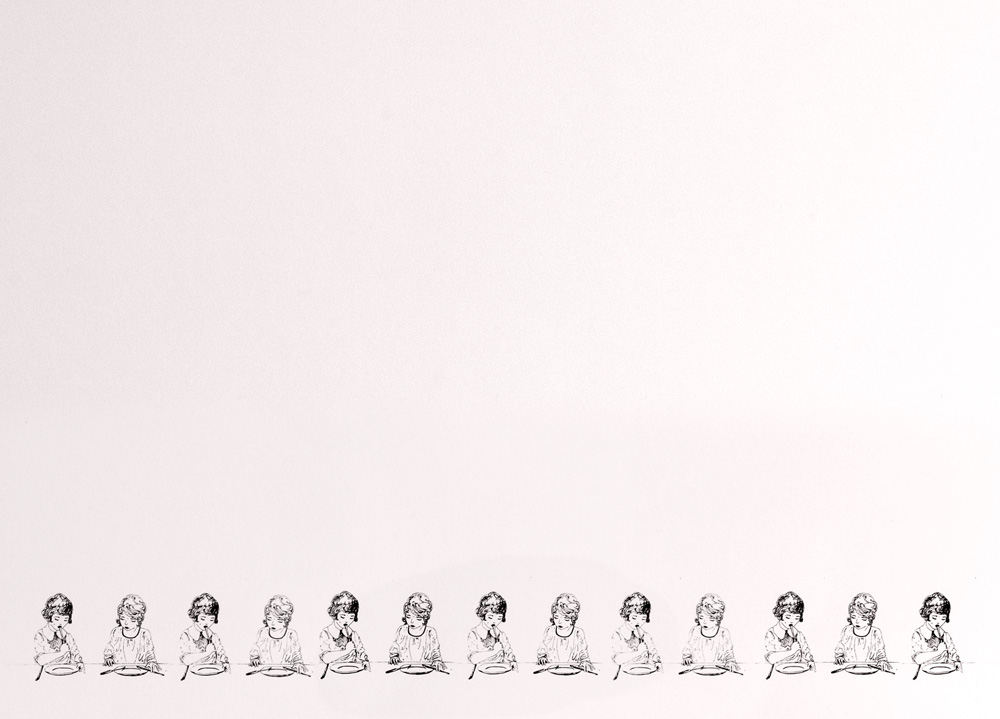