Bill Hall has developed his printmaking and painting alongside working in art education for many years. His current work originated in the disused and nettle-encroached buildings which surround what was his grandparents’ old smallholding in the West of Ireland. A fascination with abandoned sites of human habitation and work continues to inform his work. This also led to a study of the ‘weeds’ themselves; thistles, thorns, flowers and even toxic berries, and other growing forms which hint at ancient memories. Developing these ideas via traditional copper etching processes, drypoint, and lithography, as well as improvising with layered combinations of techniques, have been an attempt to convey the atmosphere and layers of time in forgotten places. 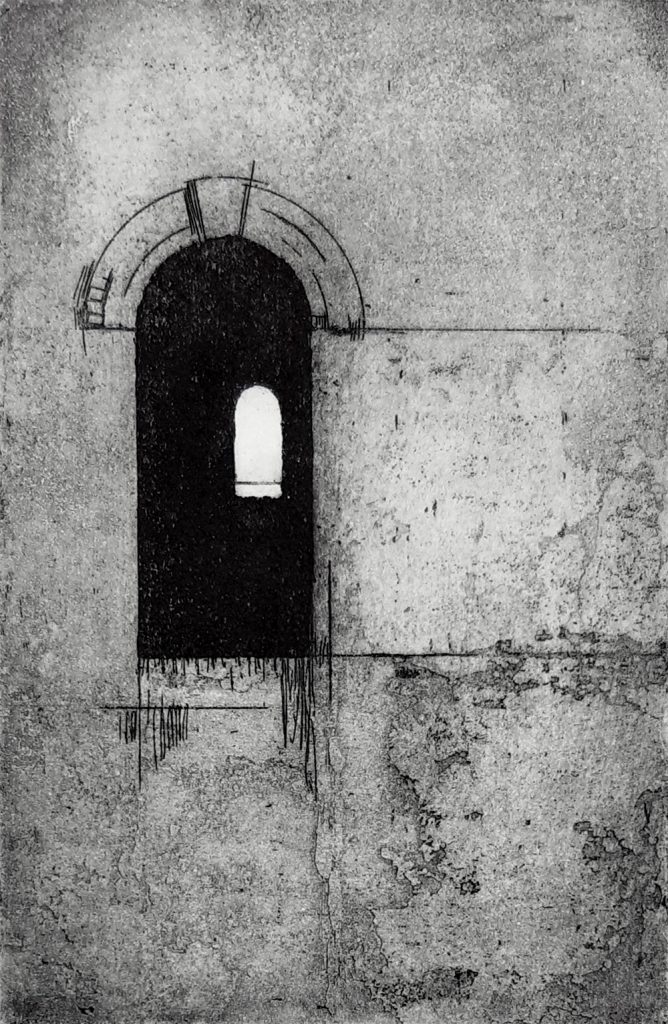