I studied printmaking in the 70’s and 80’s. Obtaining a BA Honours from West Surrey College of Art and a MA from Manchester Polytechnic. Though the processes I involved myself with were varied it was etching and lithography that seemed to capture most of my interest. After completing a 12month MA at Manchester Polytechnic I went to live and work in Scotland for approximately six years working at Dundee Printmakers Workshop. I still look back at this time with affection and after a three year period I was awarded a scholarship by The Scottish Arts Council to study Lithography in the USA. There is no doubt that this time improved my skill set as a printmaker.

The hands on approach has always been the exciting element for me in print and subsequent years has caused me to re evaluate what I want from print . It could be a woodcut made without equipment in a domestic situation or a mono print capturing a fleeting moment. More recently such as the two prints I’ve included were produced alongside paintings. A subject mainly referencing urban landscape were exploited through paintings prints and drawings.

Last year I had an exhibition at Dean Clough, Halifax. The working title was P & P meaning painting and prints and I had to reference the point that economics and the making of art are connected, though I’m not making the point that good art is necessarily borne out of a struggle , though the perimeters are set and we have to work within them. I hope my exhibition in Halifax tried to say this. 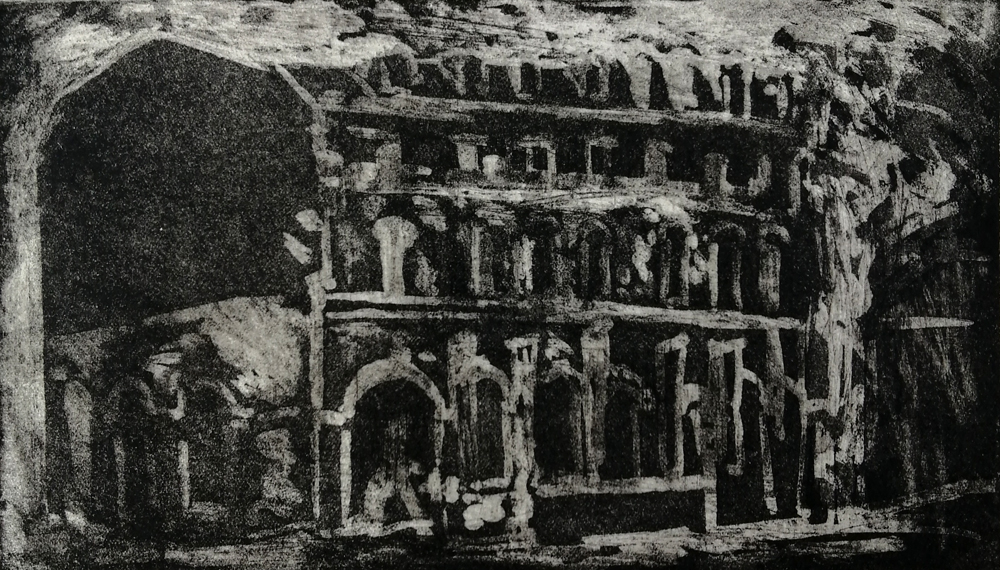