The Squashed Tomato
16 The Strand, DE1 1BE

Green Door Printmaking Studio is proud to present the second, annual Derby Print Open! The Derby Print Open is an exhibition open to all showcasing contemporary printmaking from artists based in the United Kingdom. A total of 82 printmakers submitted their work, and over 200 prints were shortlisted to be exhibited.

This year, the Derby Print Open will be hosted within Banks Mill Studios and across four additional supporting venues, encompassing a Print Trail for members of the public to follow. The Print Trail negotiates its way across the City Centre, with the aim to celebrate Derbyshire’s vibrant and creative community, promoting local independent businesses alongside artists. 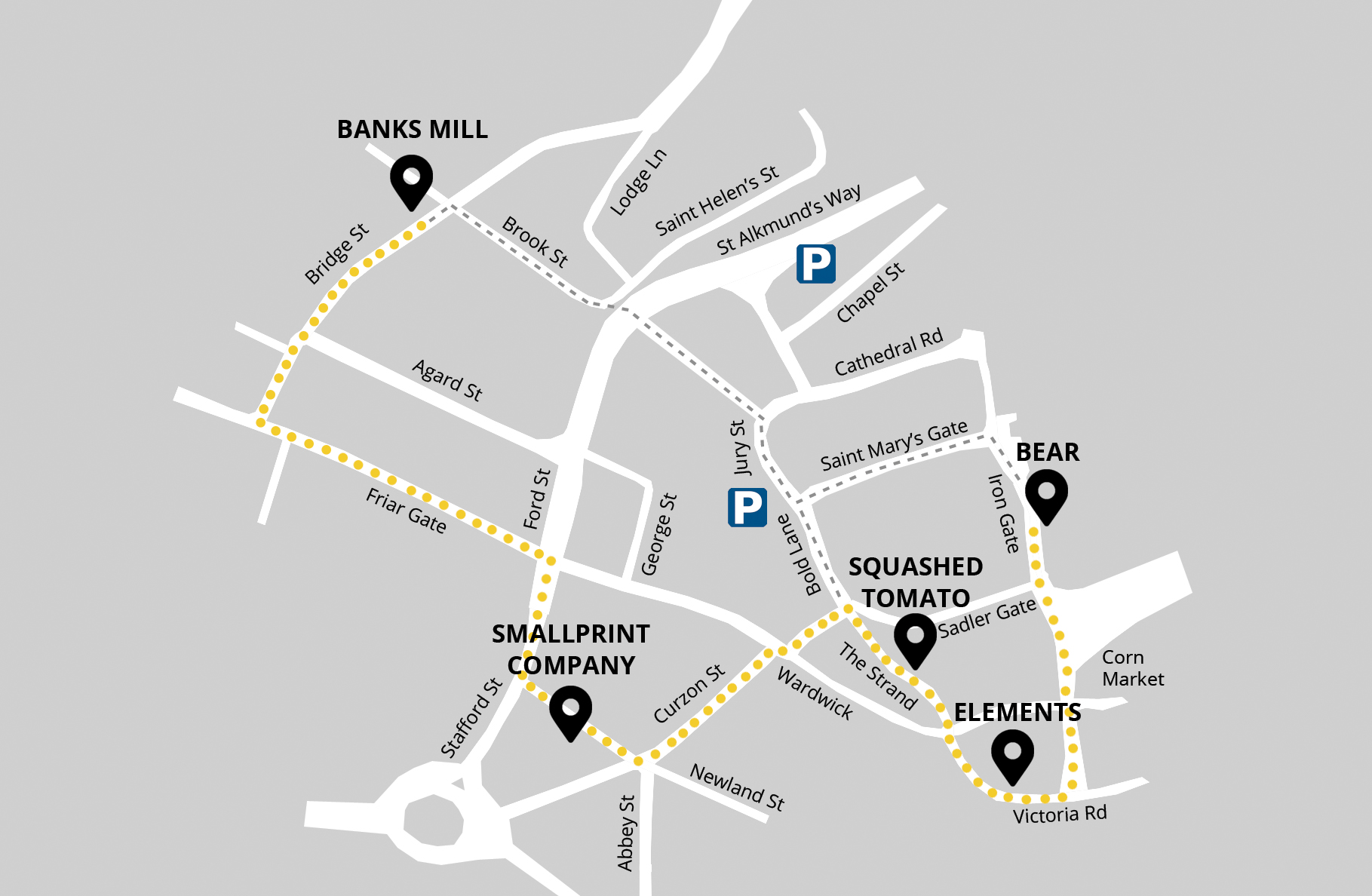 Click to open our print trail map in a new window

First stop on the trail is The Smallprint Company; Derby’s unique letterpress studio currently situated deep within the heart of Friar Gate, on Friary Street. We then have The Squashed Tomato cafe in The Strand, Derby’s upmarket shopping quarter, then followed swiftly by Elements Tea and Coffee House, located right in the city center on Victoria Street and - finally - concluding at Bear, located in Derby’s iconic Cathedral Quarter! 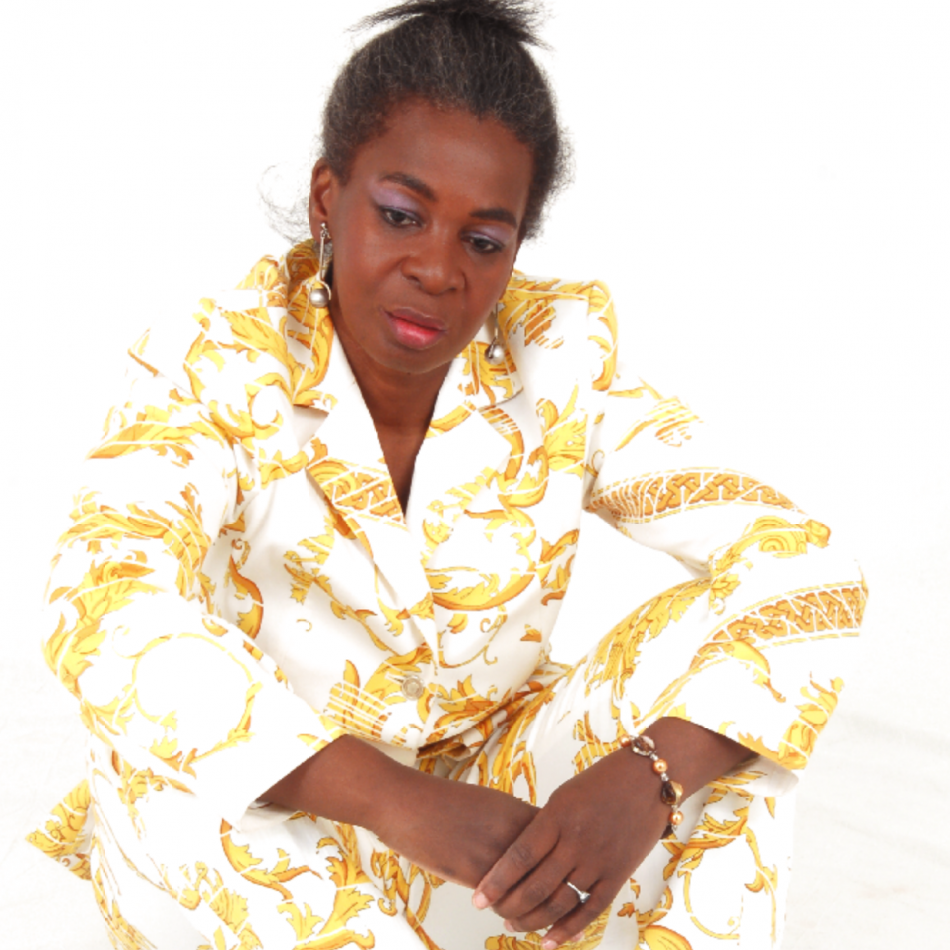 Join us in celebrating the launch of the Derby Print Open on Friday 7th June (5pm - 8pm).

Our Awards will be presented on the night and a splendid buffet of home baked cakes will be available. Featuring live music by multi-instrumentalist Clef Skyers-Aakerstrom.

Clef is a multi-instrumentalist. Originally hailing from Cheshire she gigged in Jazz clubs in the Potteries then moved to London in the 80’s to become a professional country rock guitarist with a band from Texas, USA. Played in clubs and pubs around London. Shared the stage with many well-known artists in the late 80’s and 90’s.

She later went on tour with a vocal group who performed gospel songs with an upcoming singer/songwriter Graham Kendrick on tours around the country. She performed with other artists at Hammersmith Palais, NEC, Fairfield Hall, Free Trade Hall, Festival Hall, Wembley and other large venues around the country besides performing musicals in Europe i.e. Germany, Holland and Sweden. Sang with the group on an album called “Alpha and Omega” produced and written by Adrian Snell recorded at the Chocolate Factory and released on the Word label. Clef performed solo in the Albert Hall at the live performance. She was involved in the production “The Passion” and ‘Come together Again’ written by Jimmie and Carole Owen.

A singer songwriter herself, she formed her own band 1991 producing an EP called “Act of Faith” with her brother (recording no longer in circulation).

She has spent the past 12 years recovering from a nasty motorway accident caused by a lorry, which left her with multiple injuries. She is recovering and does not let this setback stop her from claiming her life back.

Awards have been generously donated by businesses within the cultural and creative industries. Participating selected printmakers will be presented with awards, such as exhibition and residency opportunities, art materials and creative workshops during the launch evening at Banks Mill Studios on Friday 7th June (5pm - 8pm).

Anna Johnson, Creative Director of Green Door Printmaking Studio commented, “We are delighted by the quality and quantity of submissions that we have received for our second Derby Print Open! We also wish to thank our award givers and venues for their support and we hope that everyone in Derby enjoys all the work exhibited throughout June, as well as each location on our Print Trail!”